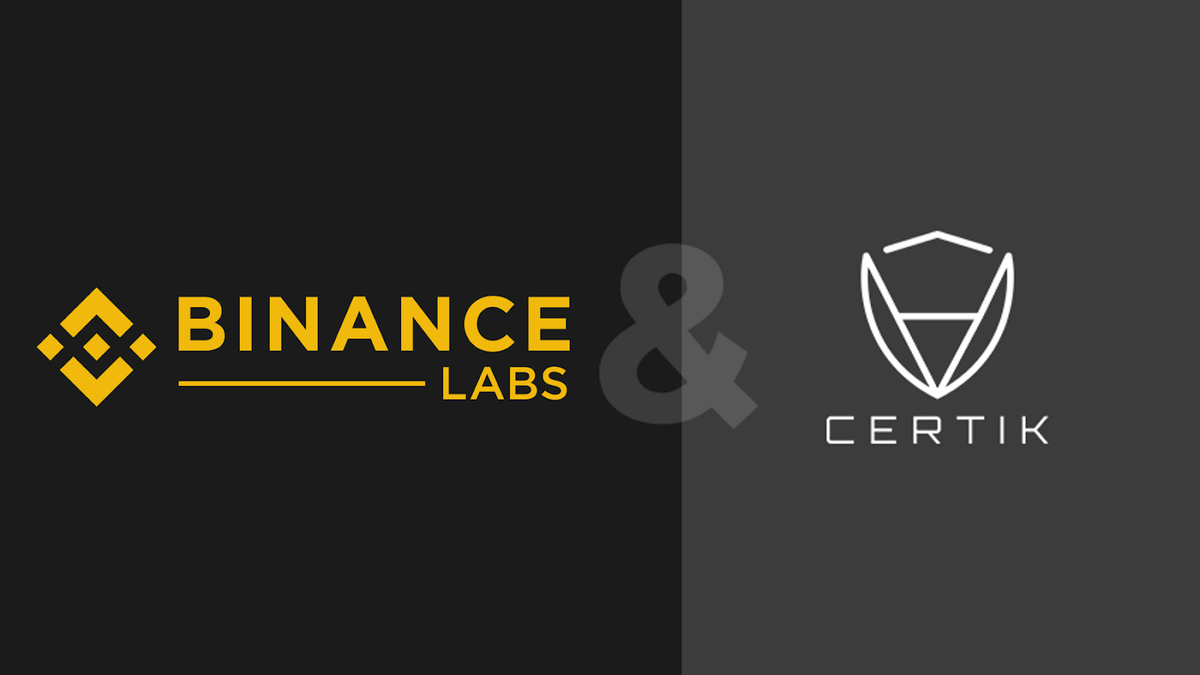 CertiK, cybersecurity startup providing smart contract and blockchain audits, announced it has received several millions in funding from Binance Labs. Binance Labs is an initiative launched by Binance, one of the world’s largest and most popular cryptocurrency exchanges, to incubate, invest in, and empower the top blockchain and cryptocurrency projects.

Founded in 2017 by professors of Yale and Columbia University, alongside former Google and Facebook engineers, CertiK leverages the leading formal verification technology to mathematically ensure the highest level of security in smart contracts and blockchain ecosystems. This formal verification transforms software code into mathematical proofs, and once completed, the output is an objective and indisputable calculation.

CertiK was the first to introduce the DeepSpec technology (researched in collaboration with MIT, Yale, Princeton, and University of Pennsylvania), and has already completed formal verification audits of smart contracts for several top blockchain companies. The core team also previously built the world’s first hacker-resistant, concurrent operating system, CertiKOS, which is patented in the US and widely used in various fields, from academia to enterprise programs.

Binance Labs’ investment in CertiK signals the recognition of the importance of formal verification in the blockchain industry, as well as CertiK’s unique advantage with its highly researched and proven technology. Ella Zhang, CEO of Binance Labs, believes that “CertiK mathematically validates the security of smart contracts — which is a critical pain point we are facing in the blockchain ecosystem — bypassing the limitations of manual detection.” Binance Labs’ desire to ensure a safe and secure ecosystem through deep technology aligns with CertiK’s background and expertise.

“We’re really excited to be supported by one of the world’s top exchanges,” says Daryl Hok, COO of CertiK. “With published research that begun in academia, we believe that Binance Labs is the perfect partner to accelerate the impact of our unique technology into the broader blockchain space.” The mission of Binance Labs is to realize the full potential of blockchain technology, and the team is dedicated to solving the problems that matter most to the industry. Binance Labs recently announced a $1B Binance Ecosystem Fund, an impact-driven, strategic fund to build the infrastructure for the blockchain ecosystem.

To request the audit/verification of your smart contracts, please send email to audit@certik.io or visit our official website to submit your request today.