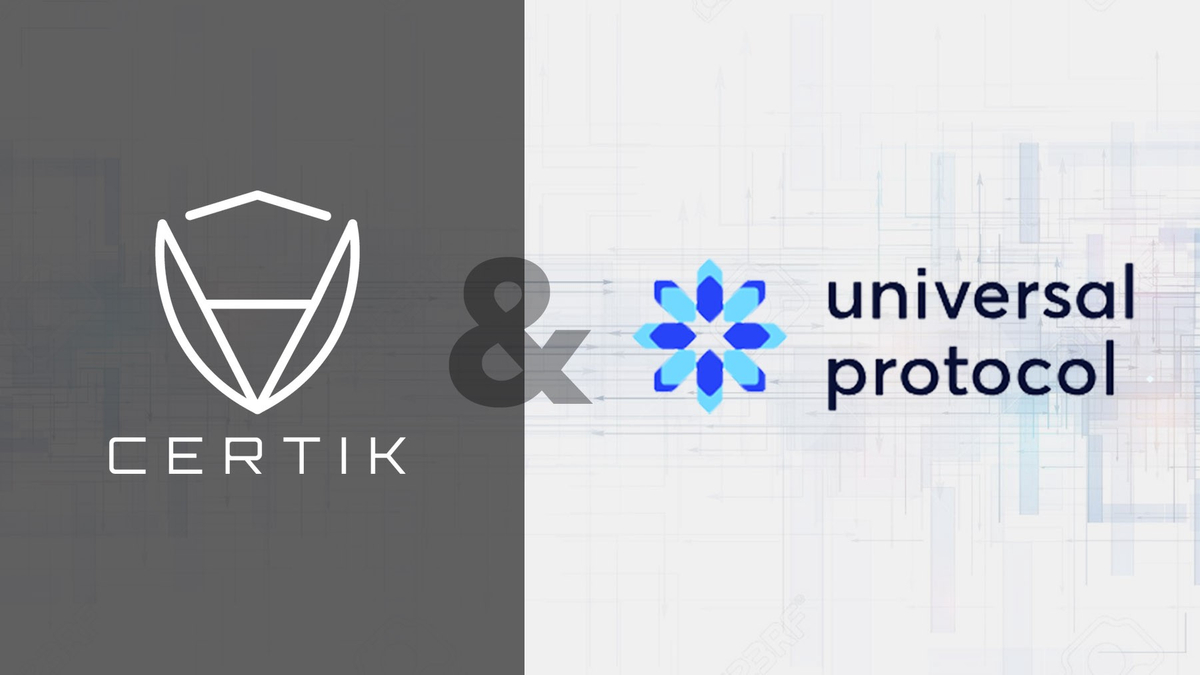 February 21 SAN FRANCISCO — The Universal Protocol Alliance, a coalition of leading blockchain organizations including Bittrex International, Uphold, Brave, Cred, Blockchain at Berkeley, and Bitgo, has announced CertiK, a technology pioneer in blockchain security and auditing with over $1.2B in assets secured, has joined the organization. The news was announced at the Universal Protocol Alliance Council meeting in San Francisco and was attended by the leadership of the member organizations, media, and influential members in the world of blockchain.

The Universal Protocol (UP) Alliance is a growing coalition of the biggest and most respected organizations in the world of blockchain that have united around a new universal transparent reserve standard that aims to attract the next 100 million users to cryptocurrency. The combined expertise of each member organization has enabled the creation of the Universal Protocol Platform, a technology platform that allows for the minting, custody, and storage of digital ‘proxy’ assets that allow for better digital asset products, and the introduction of a set of safeguards required for the mainstream adoption of cryptocurrency.

“CertiK is one of the most trusted blockchain security technology companies in the world and is on the cutting edge of research and innovation,”

“Their involvement in the UP Alliance further demonstrates UPP’s commitment to smart contract code integrity, transparency and value substantiation, the foundational elements needed to give everyone the confidence in using universal tokens the Alliance will be minting the coming weeks, months and years."

By joining the UP Alliance, CertiK will lend their smart contract security, leveraging mathematical proofs to audit a host of tokens that will be launched on the UP Platform, starting with the Universal Dollar to be released shortly.

“Bringing the next 100 million users into cryptocurrency is a bold, but necessary mission for blockchain technology. It is a milestone that cannot be achieved alone,”

“We are honored to join this prestigious group of organizations and excited to use our technology to provide the most rigorous security assurances and facilitate greater adoption.”

The UP platform will enable a new world of tokenized digital assets — ranging from Proxy blockchains such as Bitcoin, to Proxy securities, and Proxy private equity — and will facilitate the instant and seamless conversion of different forms of value. In doing so, the UP Platform will unlock the vast and untapped full potential of blockchain to transform how individuals and businesses store and transfer value, with Proxy Tokens representing the next generation of digital money.

The announcement was made at the first UP Alliance Council meeting last night in San Francisco. The event was attended by member organizations, media, and blockchain industry leaders including: Brendan Eich, creator of Javascript and co-Founder of Brave, Michael Arrington, Founder of TechCrunch and Arrington XRP Capital, Howard Wu, Managing Partner of Dekrypt Capital, JP Thieriot, CEO of Uphold, and many more.

About the Universal Protocol Alliance

A coalition of cryptocurrency companies and blockchain pioneers, the Universal Protocol Alliance seeks to accelerate the adoption of blockchain as a mainstream financial technology by making digital assets more accessible, secure and convenient to own. The Alliance Members consist of Bittrex International, Cred, Uphold, Brave Software, CertiK, Blockchain at Berkeley, and Bitgo.