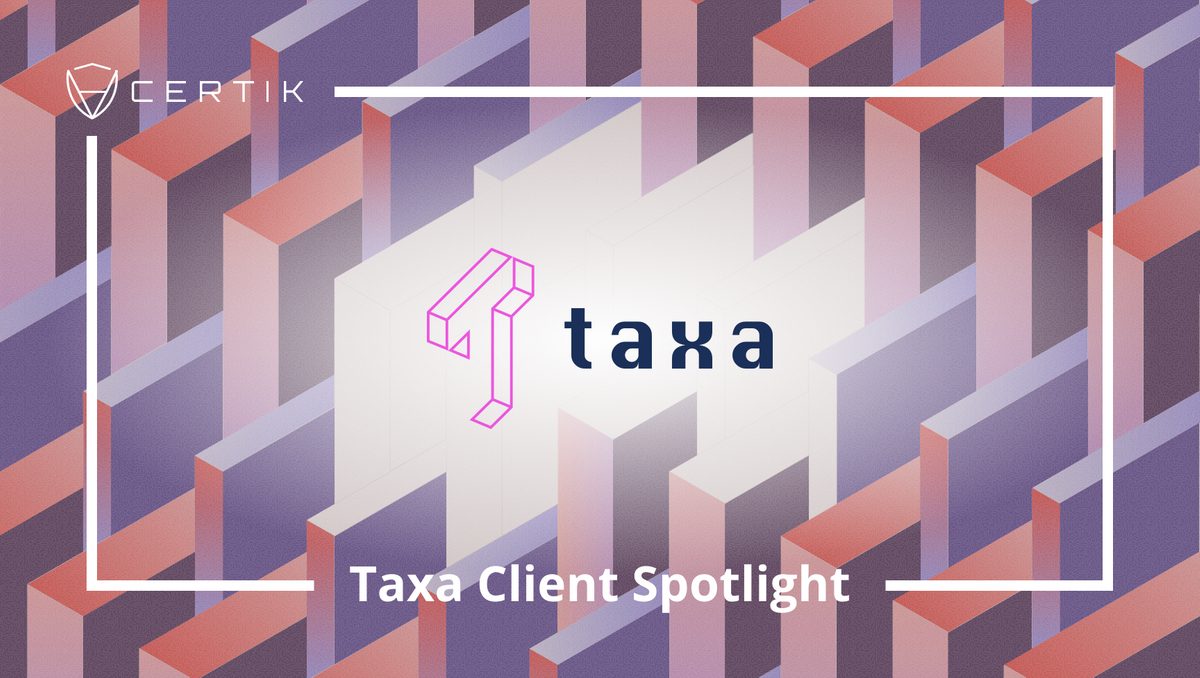 While scalability is a major pillar for blockchain projects, many have learned that TPS speeds aren't the only answer to facilitating adoption. To make blockchain infrastructure massively usable, there’s much to be done with its middleware to address its ability of handling complex business logic featuring intensive computation and heavy data, while ensuring a reasonable level of privacy.

Leveraging the state-of-the-art privacy technologies, Taxa aims at becoming the universal logic layer of the layered blockchain infrastructure that enables computationally-powerful, privacy-preserving, highly-developable applications for all, and enabling real-world deployment of trustless technologies to develop and thrive.

CertiK worked closely with the Taxa team to audit the design and implementation of theTaxaToken and TaxaLockFoundation smart contracts. The auditing process paid special attention to the following considerations:

During the audit process, CertiK’s smart label applied 100% formal verification coverage on the source code. Unlike manual security checks, Formal Verification examines the entire code logic at-scale and mathematically ensures your program works only as it’s intended to. To do that, the process thoroughly checks your program by calculating it against every possible value for all variables -- making it completely air tight.

Overall, CertiK found Taxa’s smart contracts to be structurally sound and not vulnerable to issues including integer overflow, functional incorrectness, buffer overflow, and others. Check out the full audit report here!

CertiK looks forward to continuing working closely with Taxa in the future!