CertiK has completed a security audit for Terra project 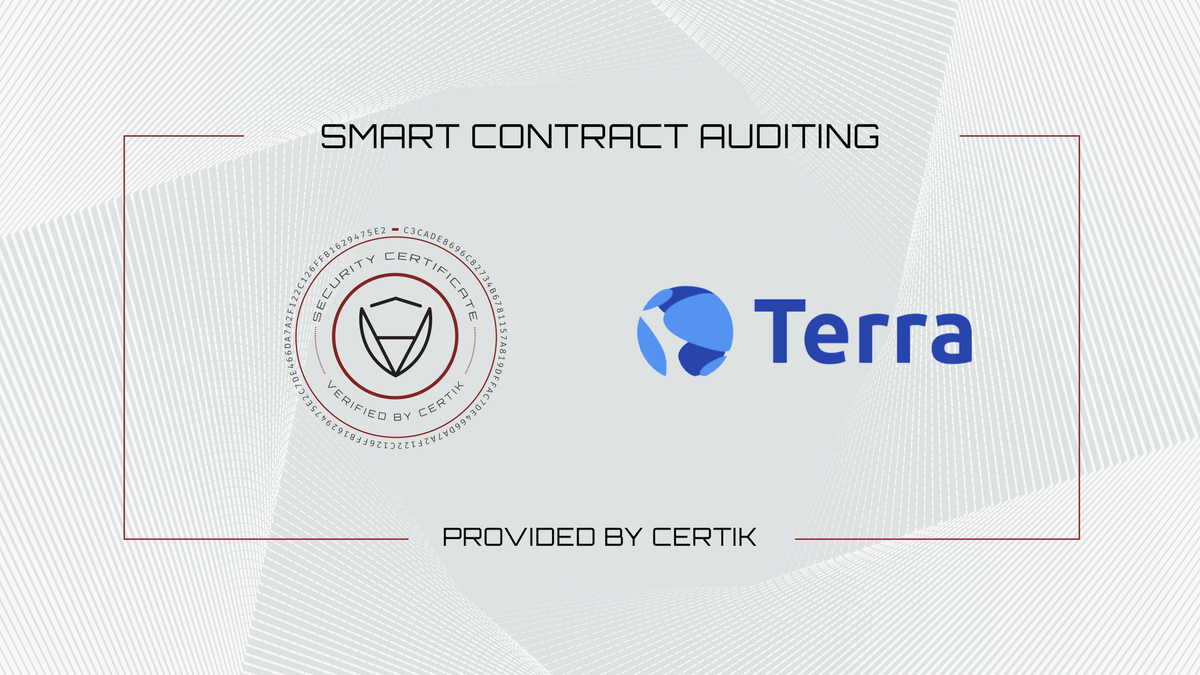 CertiK has recently completed a security audit of Terra, the company that has designed an algorithmic stablecoin to power the next-generation payment system on the blockchain. Terra’s mainnet, which went live in April, is a Delegated Proof-of-Stake (DPos) system that utilizes the Cosmos SDK and Tendermint Consensus Engine. The full audit report provided by CertiK can be accessed here.

The audit work was conducted by experienced economists, security researchers, and security engineers from CertiK, with collaboration from the Terra research and development team. CertiK performed a comprehensive review of Terra’s economic model to test against potential market manipulations, an architectural review with special attention put on ensuring all implementation of Cosmos plugins were well-protected against possible edge scenarios and attacks, as well as careful manual review by experts on Go — the language in which Terra’s code is written in.

CertiK was highly impressed by Terra’s clever and highly effective design of economy theory, especially the proper decoupling of controls for currency stabilization and predictable economic growth. CertiK also found Terra’s technical implementation to be one of the highest quality ones it has seen, which demonstrated extremely principled engineering practices, mastery command of Cosmos SDK, as well as diligent documentation efforts.

Terra is designing a price-stable digital currency that will power the next-generation payment network on the blockchain. Terra partners with an ever-growing alliance of global e-Commerce platforms to bring blockchain’s benefits such as low transaction costs to merchants and everyday consumers. By bridging the gap between digital currencies and real-world application, Terra aims to evolve into an open platform for innovative financial dApps and grow the real GDP of the blockchain economy. Founded by a team of business, finance and blockchain experts, Terra has offices in Singapore and Korea. For more information, go to https://terra.money