CertiK Partners With NEO for Next Secure Smart Economic Model 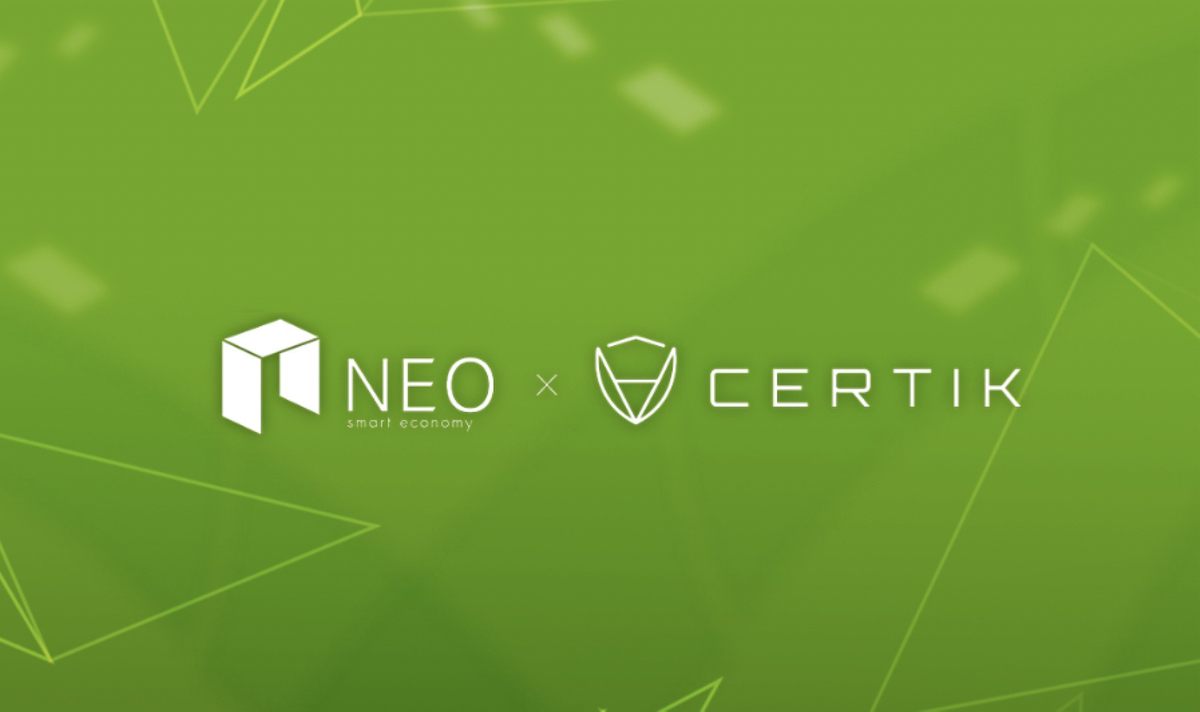 This week, NEO announced partnership with Certik, formal verification platform for smart contracts and blockchain ecosystems, to enhance the security of its platform. Apart from smart contract verification, security auditor CertiK will also provide a tailored solution to verify NEO’s digital assets and digital identity. The collaboration between the two is in preparation for the smart economy revolution.

Formal Verification: When a logical language is used to describe a specification, Certik applies a rigorous mathematical deduction to check whether a given system code meets the requirements. This formal verification framework mathematically proves that smart contracts and blockchain ecosystems are bug-free and hacker-resistant. Currently, most of the smart contracts and dApps on the NEO platform are developed by individuals. In this development system, formal verification is crucial to rule out potential loopholes.

CertiK’s team is based in New York and Silicon Valley. Co-founder Prof. Shao Zhong, Thomas L. Kempner Professor & Chair of Computer Science at Yale University, has more than 30 years of experience in the security field. The core technology of the team is formed by Prof. Shao Zhong and another co-founder, Prof. Gu Ronghui, from Columbia University. Their research on CertiKOS, the world’s first operating system that has theoretically proven to be resistant to hacker attacks, is now widely used in various fields including, government and military.

As NGD (NEO Global Development) manager Zhao Chen mentioned, “NEO is a high-speed autonomous public chain. With more developers building layers on top of it, this added security layer will expedite the prosperity of the ecosystem. I believe NEO and CertiK’s partnership is on track to changing the course of history.”

To request the audit/verification of your smart contracts, please send email to audit@certik.io.