CertiK Works with Most Protocol to Audit MostERC20 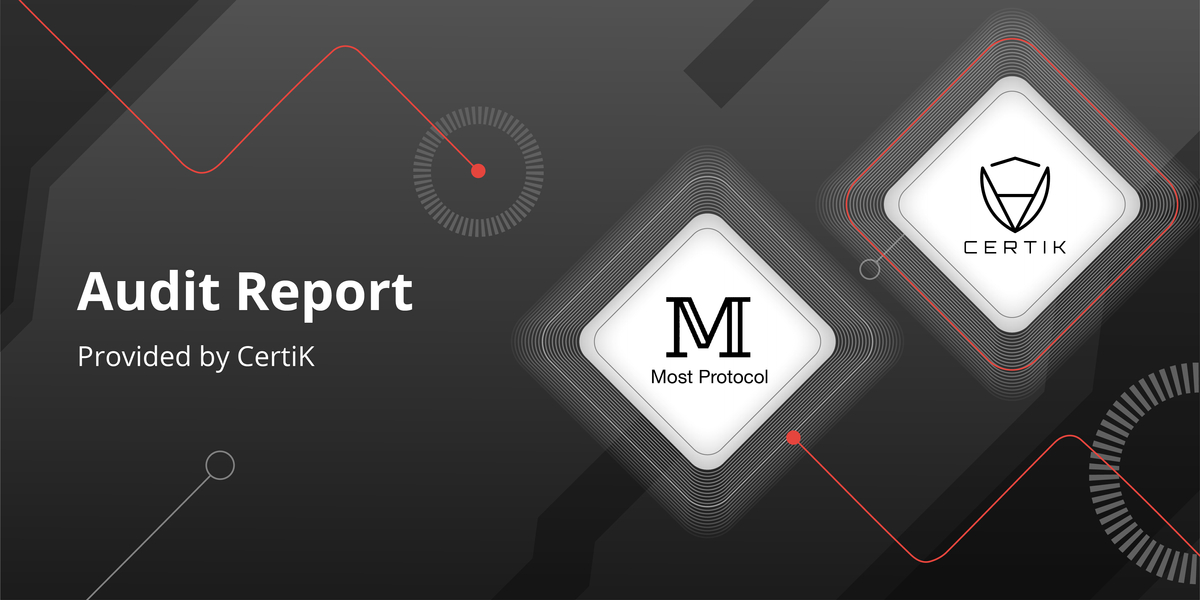 Most Protocol brings algorithmic-stable tokens into the crypto world in a fully trustless manner. The protocol aims to build a mechanism to incentivize token holders to sell tokens when in high demand, and hold when over circulated. Key advantages includes:

CertiK and Most Protocol worked together to audit and verify the $MOST ERC20 token.

Goal of the Audit

The overall objective of the audit was to review the implementation and design of the Most ERC20 smart contracts. A comprehensive examination has been performed, utilizing the following techniques:

“With regards to the codebase, the main recommendation we can make is the expansion of the documentation to address the functionalities of the contracts from an external perspective rather than an on-code perspective. Additionally, we advise that all our findings are carefully considered and assimilated in the codebase of the project to ensure that the highest code standard is achieved,” stated by CertiK’s engineers.

Overall the codebase of the contracts should be refactored to assimilate the findings in the CertiK report, enforce linters and coding styles, as well as correct any spelling errors and mistakes that appear throughout the code.

While most of the issues CertiK pinpointed were of negligible importance, the development team behind Most was able to swiftly deal with the issues identified in the report. Throughout the audit, CertiK and Most maintained a direct communication channel to amend any issues found in the report.