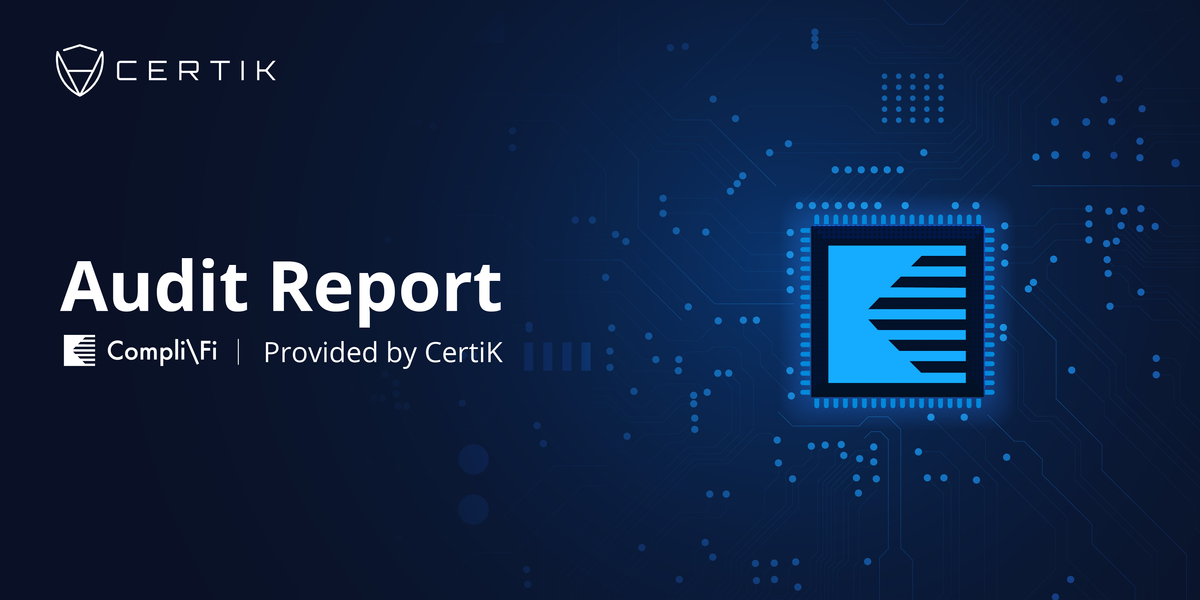 NEW YORK, 12/11/2020 - We’re excited to announce that CompliFi’s protocol has been successfully audited with CertiK. In more detail, a summary of the audit findings as documented by the CertiK Professional Services Division follows up.

CompliFi Protocol comprises a decentralized protocol for issuing several financial derivatives without counter-party risk and no default mechanism by design.

Instead of relying on the ability to extract more collateral from risk holders to ensure that the opposite side of the trade can be paid off in full, CompliFi constructs derivatives that are backed by a predetermined pool of collateral. There is no market risk involved, as this transaction is reversible.

Users can swap collateral for equal amounts of two ERC-20 tokens, whose sum is always adding up to a fixed quantity of collateral. At this point, there are two options:

Additional features allowing the protocol to operate seamlessly include minimal governance, no margin calls or liquidations, and limited sensitivity to blockchain network congestion.

The initial review was conducted between October 14- November 5, by CertiK engineers Alex Papageorgiou and Sheraz Arshad.

A comprehensive examination has been performed, utilizing Static Analysis and Manual Review techniques. The auditing process focuses on the following considerations:

A total of 95 findings were reported on the vulnerability summary, the vast majority of which were informational (84), while only 3 medium and 8 minor issues were identified. Despite no critical and major issues were found, the CompliFi team alleviated all minor and medium issues, as well as most informational, pointing towards a well-written codebase by the team’s engineers.

You can review the full audit here.

CompliFi (compli.fi) is a derivatives issuance protocol on Ethereum designed to entirely eliminate counterparty risk. It allows users to structure and issue a wide variety of tokenised risk products, tradable like any regular ERC20 token on third party protocols, while eliminating the need for collateral calls and liquidations.

CompliFi is dedicated to reaching the highest level of decentralisation, and has been designed from the outset to eschew all authority over user funds.