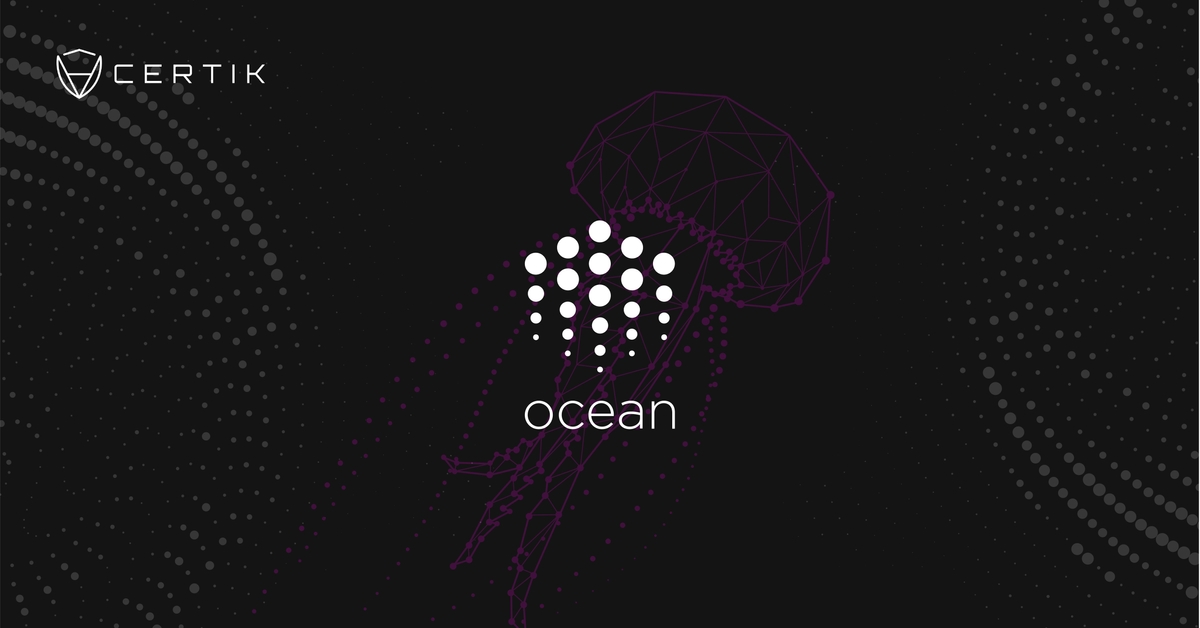 NEW YORK, 30 October 2020 - Ocean Protocol, a decentralized data exchange protocol to unlock data for the broader AI industry, announced the release of Ocean V3, which introduces a series of new concepts and functions to accompany the existing protocol.

In Ocean Protocol, each data service gets its owndatatoken. This enables data wallets, data exchanges, and data co-ops by directly leveraging crypto wallets, exchanges, and more.

Furthermore, datatokens are subject to the Ocean Market, a community marketplace to sell, buy and curate tokenized data.

Considering the fact Ocean Protocol’s V3 smart contracts varied in nature, CertiK experts engaged in the audit utilizing Static, and Dynamic Analysis, as well as a plethora of Manual Review techniques. The auditing process revolved around the following considerations:

A total of 60 issues were identified during the auditing process, 52 of which had informational character, 7 minor, and only 1 major.

After a series of coordinated intelligence and practice exchanges between CertiK auditing experts and the Ocean Protocol team, the latter managed to resolve any major issues following the recommendations cited by the CertiK Professional Services Division.

"We were impressed by the strict methodology employed during the audit - the entire process was seamless. Even after we made some last-minute changes to the code, CertiK accommodated our updates and reviewed them. As a result, we hardened our smart contracts and delivered a more secure product to the community," said Alex Coseru, VP of Engineering at Ocean Protocol

The full audit report can be found by visiting the relevant CertiK Shield directory ,here.

Ocean technology allows private data to be shared, without compromising control or security for the data owner, while ensuring traceability, transparency, and trust for all stakeholders involved. Ocean allows data owners to monetize data while keeping control over their data assets. Ocean Protocol Foundation is based in Singapore.