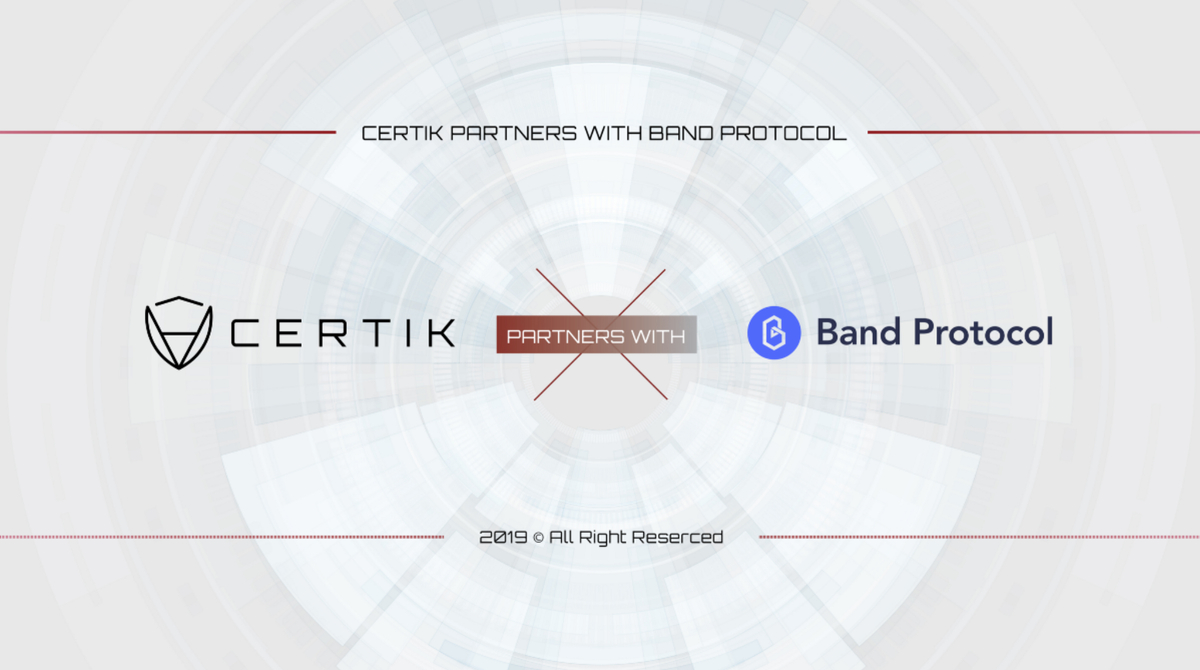 CertiK is proud to announce a successful audit and larger partnership with Band Protocol.

Band is an open protocol that facilitates the governance of data used in decentralized blockchain systems. Their protocol functions as an open standard for data handling and management for any decentralized program or application.

With such an ambitious framework, CertiK was called in not just to audit and secure Band Protocol’s program, but to chart a way forward for a more secure oracle framework — one optimised not just for decentralization and performance, but for security as well.

Together, CertiK and Band Protocol recognize that there is a path forward for significant improvement across the landscape. By removing overdependence on oracles and securing otherwise vulnerable central points, we intend to create a superior security framework across the industry via our industry-leading Formal Verification tools.

The auditing was conducted by CertiK’s team of experienced security engineers and consultants, and was conducted utilizing CertiK’s Formal Verification Platform, Static Analysis, and Manual Review.

Overall, the team found Band Protocol’s code to follow good practices. With the delivery of the audit report, CertiK concludes that the contract is not vulnerable to any classically known anti-patterns or security issues.

CertiK would like to congratulate the Band Protocol team for passing the rigorous verification process.