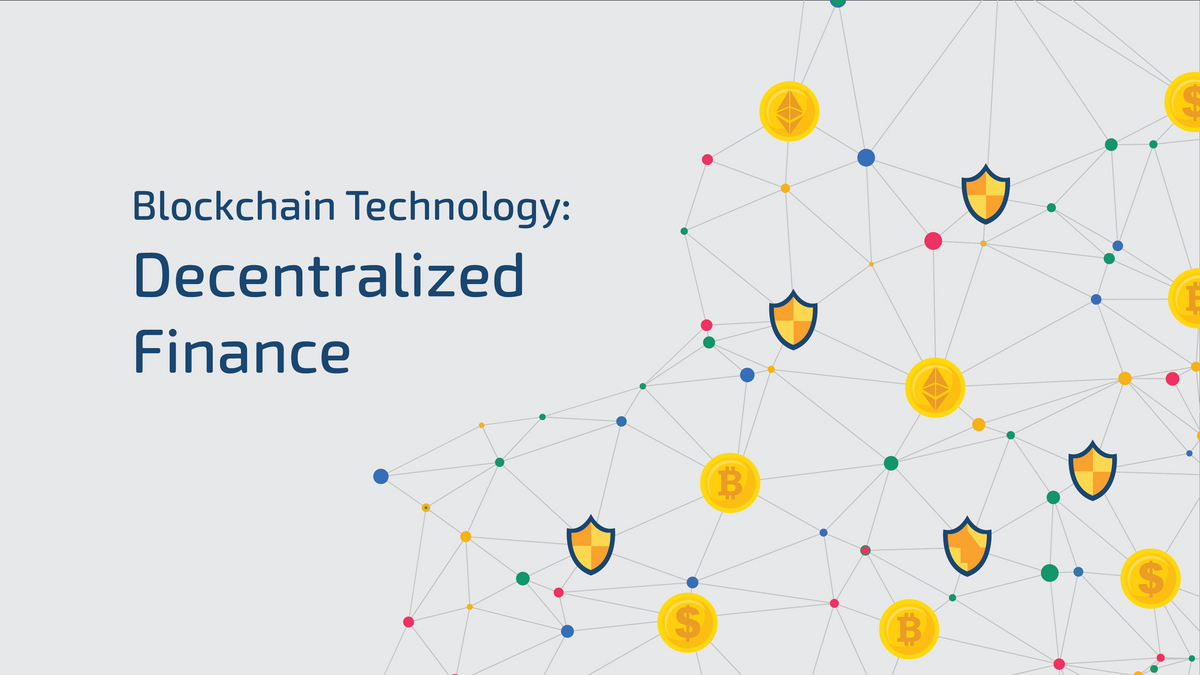 The history of finance is a complicated one.

The first shift was the shift to finance itself: when people finally had enough resources to trade, barter, and cooperate beyond immediate survival, abstract finance came: excess wheat might go to pottery, or to animals, or even to primitive idols or toys.

Trading was enormous. So too was the shift from barter economies to centralized currencies. Precious metals were far easier to carry than chickens: societies have used ancient standardized coins for well over two thousand years, allowing streamlined trade.

Coins moved to paper fiat to digital databases, managed by central organizations. This has been the most successful form of finance––so far.

Blockchain supporters believe that there’s more room to improve today’s accepted model of finance. After all, the current traditional financial system, for all its advantages, is relatively inefficient in multiple aspects. Users open themselves to many potential security risks by placing trust in central banks and intermediaries, including the lack of direct control of their assets.

A blockchain operates as a permissionless, decentralized and transparent solution, and these unique aspects may contribute to advancements across the financial world. Yet, as it stands, many blockchain projects are still managed through centralized organizations, like exchanges, that lack transparency and accountability. Protocols and consensus methods may be decentralized, but access points to the actual assets are still centralized.

What is Decentralized Finance?

Decentralized Finance, or “DeFi,” is an effort to build infrastructure that allows people to take control of their own assets. By utilizing different methods, users are able to unlock new forms of value and build impactful products that are both secure and decentralized.

Built on Ethereum, three profound components impacting the landscape are:

Let’s discuss the three below.

Because price fluctuations dominate the market, investors look for currencies that are price-stable and less volatile. Stablecoins offer an invaluable option for investors to bridge existing assets for easier adoption.

Stablecoins operate similarly to, well, coins: offering a standard rate of exchange, while the methods behind what makes them “stable” may vary.

The state of stablecoins in 2019 has impacted the blockchain ecosystem on a global scale. However, many stablecoins are relatively centralized -- meaning they can still be run by a single entity. This requires trust that the entity is actually securing their currency, especially on a global scale.

Over time issuers have had third party auditors test for the safety of their assets to ensure a strong and reliable method. Formal Verification has been of particular interest for stablecoins in order to ensure mathematical protections against known, critical vulnerabilities. For more information, check out our article on stablecoins!

The combined monthly trading volume of popular crypto exchanges can total to over billions of dollars. As a result, due to the sheer volume of money that flows regularly through these entities, centralized exchanges are often targeted by hackers, creating a level of risk for users’ funds. Moreover, there have been high-profile incidents of centralized exchanges simply running away with the users’ funds, given they have full control over the assets.

In comparison, decentralized exchanges, such as Binance DEX and IDEX, offer solutions that allow users to trade digital assets while trusting that their money is secure. As peer-to-peer networks, decentralized exchanges serve as alternatives to traditional exchanges. Money does not pass through any middleman before being exchanged--users simply trade directly from their wallets.

Three models that decentralized exchanges base their protocol on are the order-book model, automated market-making model, and dutch auction mode. Although the models have different ways of creating and accepting transactions, all three methods bring power to the people and make way for a safer and secure path to crypto adoption.

Compared to traditional lending platforms, open lending protocols aim to provide the core function of lending in a decentralized and secure method. Advantages may include faster transaction settlement, new lending methods, standardization and interoperability, and integration with other digital assets, among others.

For example, instead of going to the bank to secure a loan for a house, open lending protocols provide a broader pool of willing lenders that democratizes the entire process. Companies such as Dharma and Compound use cryptographic verification methods to ensure a trust-minimized method. These verification methods can then be checked for any bugs and vulnerabilities within the code.

Open Lending Protocols levels the playing field by giving universal access to the powers that previously only centralized powers had. The result helps lay the groundwork for a new, fairer form of economy.

Overall, decentralized finance offers an alternative method that moves control from centralized entities back to the people. While the advantages of adopting DeFi methods may be impactful, the technology and use-cases of DeFi are still in an early stage and security may still be an issue.

Decentralization limits the risks of giving others control of user assets, but serious risks still remain. The actions of a decentralized program hinge on the correctness and robustness of the program’s source code. In order to be fully decentralized, the source code must be public for everyone to be able to access, from diligent developers to malicious actors.

The DeFi movement has the potential to lead the next shift in finance, but it requires a collective (decentralized) effort. From infrastructure to applications to cybersecurity, the success of decentralized finance rides on the efforts of the full community.

CertiK realizes that without trust and security, there can be no decentralized and permissionless products. To learn more about the services we offer to secure your DeFi products, reach out to us at bd@certik.io!