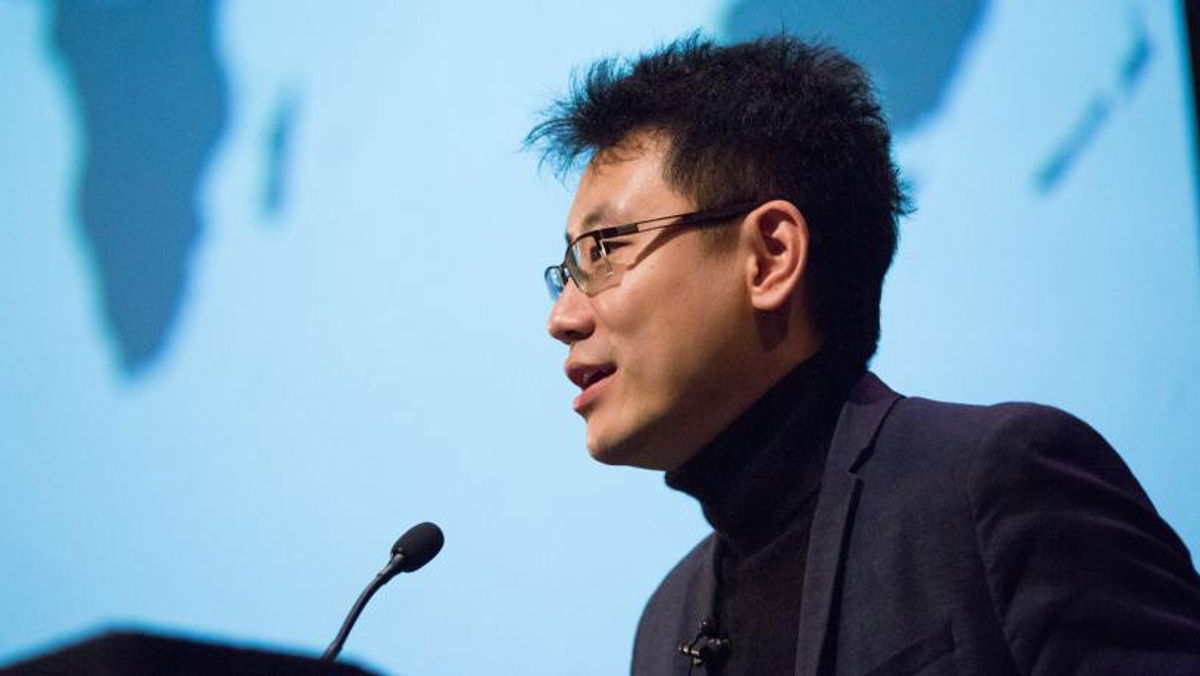 More than a thousand attendees packed into Lerner Hall for Columbia’s fourth annual Data Science Day, eager to hear from experts from across the university who are transforming disciplines and industries through thoughtfully applied data. Columbia Engineering faculty showcased innovative research ranging from blockchain security to extracting speech from brainwaves, while professors from the Law School, Journalism School, School of International and Public Affairs, Medical Center, and more discussed work in areas like protecting data security, understanding online radicalization, and improving patient outcomes.

Among a panel moderated by Professor Shipra Agrawal of IEOR were computer science Professors Michael Collins and Tim Roughgarden. Collins walked the audience through his research in natural language processing and speech recognition, highlighting dramatic improvements thanks to new neural methods, while Roughgarden talked about his investigations of online automated auction reserve pricing, an area with vast implications for sponsored search results.

“This new system is about multiple users collaborating in either AR or VR as they explore, organize, and share data associated with an urban environment in the context of that environment,” said Carmine Elvezio, a researcher in Feiner’s lab. “We place users in a virtual scale model where they see tweets, Yelp reviews, and NYC 311 complaints relative to the locations from which they are generated.”

Introducing proceedings, Avanessians Director of the Data Science Institute and computer science Professor Jeannette Wing noted that the collective’s overarching mission is “to use data for good.”

“Data Science Day is our moment to showcase our pioneering research and celebrate our engagements with industry,” she said.

Trusted by the security industry, CertiK has reached strategic partnerships with the world’s top digital asset exchanges such as Binance, OKEx, and Huobi, as well as Public Chains such as NEO, ICON, and QuarkChain. CertiK is incubated and invested in by Binance Labs, along with other world’s leading investors such as DHVC, FBG Capital, Bitmain, and Lightspeed.

To request the audit/verification of your smart contracts, please send an email to audit@certik.io or visit certik.io to submit the request.