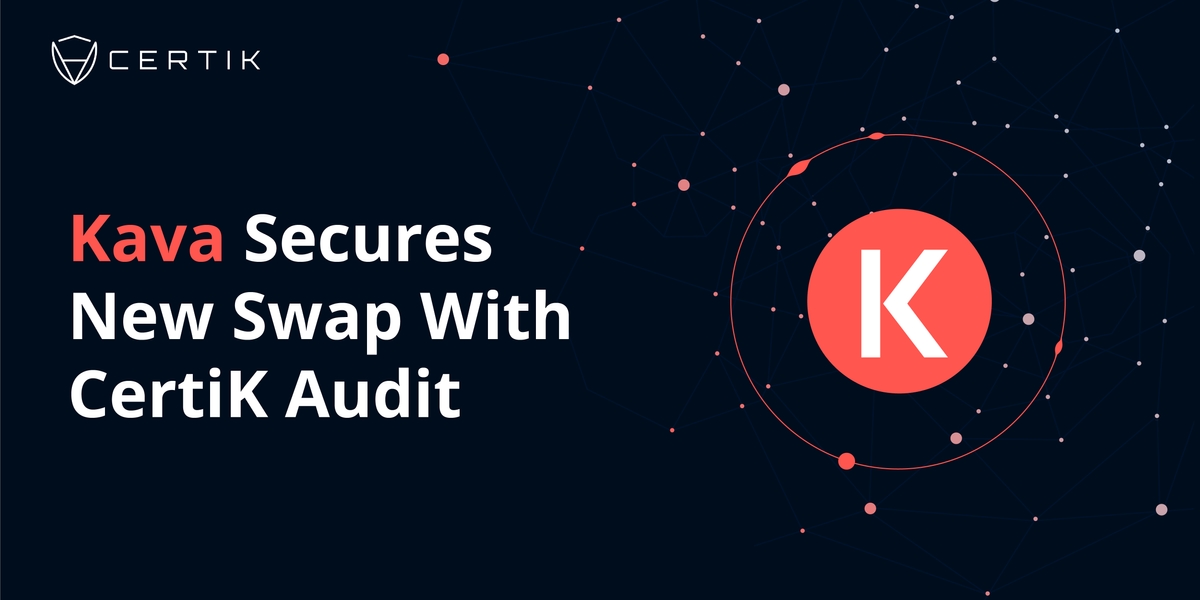 In preparation for the launch of their new product, Kava Swap, Kava Labs underwent their fifth CertiK audit to ensure the safety and security for the community and the Swap Protocol. A CertiK audit will identify and eliminate security vulnerabilities using the most rigorous and thorough cybersecurity techniques. Prior audits included the Kava Platform, the Kava Mint Protocol  and the Kava Lend Protocol. It is clear that Kava is not only interested in, but focused on security with all the steps they have taken to protect their products and users.  All of Kava’s CertiK audits can be found here.

Kava Swap, which is set to launch on August 30th, is a cross-chain Autonomous Market Maker (AMM)  for all DeFi apps and financial services. Its purpose is to enable the aggregation of capital where it can then be deployed seamlessly across different blockchain ecosystems, DeFi Apps, and Financial Services. Kava Swap was built on the Kava blockchain platform. Kava Swap delivers users a way to swap assets of different blockchains and deploy their capital into market making pools where they can earn handsome returns.

The initial review was conducted between August 2nd, 2021, and August 16th, 2021. The methodology used was Static Analysis and Manual Review.

The objective of the audit is to discover issues and vulnerabilities in the source code of the Swap module.

A series of thorough security assessments have been carried out to help said project protect their users by finding and fixing known vulnerabilities that could cause unauthorized access, loss of funds, cascading failures, and/or other vulnerabilities. The auditing process focused on the following considerations:

Only seven (7) findings were identified and presented in the vulnerability summary, of which four (4) were of informational nature, and three (3) were minor. No major, critical, or medium issues were found during the auditing process, and the Kava Labs team acknowledged or resolved all findings highlighted by the CertiK Professional Services team, pointing towards a well-written codebase by the team’s engineers.

In addition to the aforementioned security audit, the Kava team have unlocked an unprecedented level of protection for themselves, their community, and their token holders through CertiKShield.

With CertiKShield protection, Kava users will be protected from any unforeseen, on-chain, security related events which result in lost or stolen assets.

You can read more about CertiKShield and the benefits it provides here.

Kava Labs is focused on democratizing financial services and making them openly accessible to anyone, anywhere in the world while also De-Risking DeFi. Undergoing an audit, as well as many other steps, is what is needed to bring decentralized finance and cryptocurrency into the mainstream. Kava brings together everything that's required to do frictionless decentralized finance. Many companies have already integrated with Kava's DeFi platform to allow their users to lend, invest, and earn with crypto.

Kava Swap is yet another product the Kava team has created to further broaden the Kava ecosystem. Other products include Kava Platform, Kava Mint and Kava Lend which have all undergone their own CertiK audits before release.